The first single from the 11-track collection, “Looking At Long Days” is out today!

We are so happy to announce a run of summer shows! The band will be playing around Northern California and Oregon. In addition, they will be appearing at the BeachLife Festival in SoCal! Please see all dates above and be sure to pick up advance tickets as shows have been selling out!

Greg Loiacono has just released a new single entitled “Last Day Of June” from a forthcoming instrumental album! It was mixed by Scott Hirsch at EchoMagic and mastered by Anthony Puglisi.

When I was sixteen I found a record in my father’s collection that had a trippy cover on it with two dragons and the kind of archaic imagery I was into at the time (and still am today). It had three names on it- John Fahey, Leo Kottke, and Peter Lang.

When I listened to the masterful guitar playing and read the comical bios of these unique individuals I instantly became enamored with the whole sound and vibe. This changed my perception of what guitar playing could be. A year later I was at a ren faire and a hippie sitting under a tree was playing “That’s The Way” by Led Zeppelin. I noticed that he wasn’t playing the usual fingerings I was familiar with. He showed me open G tuning. Once I learned about that I realized that many of the remarkable sounds and chords I was hearing on the aforementioned compilation album involved open tunings. It was a cool revelation to see my teenage, rock world and this American Primitive Guitar music that I had recently discovered, collide and inform me. (From Live For Live Music)

“Last Day of June” certainly wouldn’t have come about if it wasn’t for my Dad and that Takoma Records compilation. This single will be part of an album of instrumental music I will be releasing in 2022. – Greg Loiacono (From Live For Live Music)

Live for Live Music has premiered the video. Stream the new track and watch the video for “Last Day Of June” 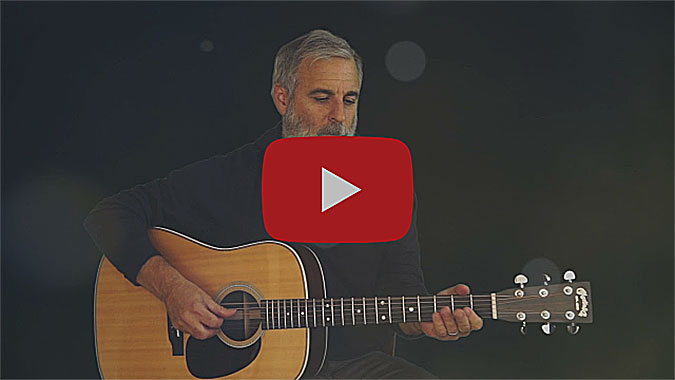 Check out the American Songwriter “Bringin’ It Backwards” Podcast where Greg Loiacono discusses the history of the Mother Hips, the vinyl reissues, the new upcoming record, and more!

NEW T-SHIRT AND TRUCKER HATS IN THE STORE

Visit the Mother Hips Store where we’ve restocked on green and blue trucker hats! In addition, new to the store and just in time for Spring is a Bella Canvas limited edition Heather Black  ‘California Soul’ T-shirt (Unisex). Get ’em while they last!

NEW SINGLE: GREG LOIACONO “WHAT CAN I SAY?”

Greg Loiacono has another single to tickle our eardrums on May 14th!

“What Can I Say?” is the third of four singles I recorded last summer and have been releasing over the past few months. This song follows in line with the last one, “Bound to Fall” by nodding to a retro soul vibe with fine accompaniment from Mikael Jorgensen (Wilco), Pat Spurgeon (Rogue Wave), Charles James Gonzalez and Emilie Raines. The singer is pretty much down on his knees…singing for his life in a way. A lot of us have been in a situation where we have asked for forgiveness even when we knew we probably wouldn’t get it. -Greg Loiacono

The song was recorded at Coyote Hearing in Oakland, CA by Charles James Gonzalez and mixed at Echo Magic in Ojai, CA by Scott Hirsch (Hiss Golden Messenger).

LISTEN TO "WHAT CAN I SAY?
Read More

Tim was on The Jake Feinberg Show and discussed his experiences as a band from the pre-internet boom until the modern-day pandemic era. It’s a very authentic interview in which Tim opens up about the band’s history and their plans during these unprecedented times.

When a band is together for thirty years, things can change in ways that are imperceptible in the moment but obvious with a bird’s eye view. Sometimes that’s behavior within a group, sometimes that’s the way bands play songs live. For the Chico-born “California soul” group, The Mother Hips, that’s often meant the way the band interprets the music it’s played for three decades when on stage.

“It’s March. At least on the coast of  Central California, we’re starting to get a taste of spring. This is a brilliant time of year in this part of the Golden State, the birds are out and bees have begun buzzing from one flower to another. The poppies are popping and beer tastes better in the sunshine. It’s a heady season full of promise and this year it is even sweeter because the first three vinyl rereleases of the Mother Hips catalog have been sent and received. We now have Back To The Grotto, Part-Timer Goes Full, and Shootout – all on vinyl – in our record collections. It’s kind of like being in the Columbia House Record Club for Mother Hips fans.”